Spotlight on Juliana and Sofia Biondi - Kids for Kids Foundation

Spotlight on Juliana and Sofia Biondi Sisters Juliana and Sofia are both founding members of the Junior Committee, following in the footsteps of their dad, Antonio, who is a long time Committee Member.

“I think that it’s really important for kids to give back to other people in need – especially sick children – because we have so much to be grateful for,” says Sofia, who currently serves as the NYC Chapter Junior Committee Secretary.

For Juliana, being a part of Kids for Kids is about “what you can do for others rather than just yourself. You should extend it throughout everybody, especially the kids who are less fortunate than we are.”

Both Juliana and Sofia continue to impress the Kids for Kids Community and their own family. Dad proudly beamed “what’s most impressive to me is that they understand it. They see it. And without motivating them, they’ve taken the effort to drum up their own events,” when asked about his daughters’ accomplishments on the committee. In 2016, Juliana and Sofia began hosting a St. Jude Math-a-Thon at their elementary school, “We decided to do a math-a-thon because it would encourage the teachers to encourage the students to get involved because it’s educational,” said Sofia. Throughout the years, the St. Jude Math-a-Thon has become a staple in their school’s event calendar and has raised over $30,000 for the children and families of St. Jude Children’s Research Hospital with over 150 students participating each year.

Both Juliana and Sofia have instrumental members of our Junior Committee Members and continue to lead by example for the younger members. Most importantly, they have developed lifelong friendships through the Junior Committee. “We are more a family now than anything else,” Juliana said with a smile. 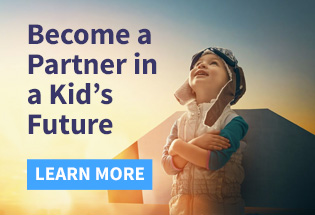